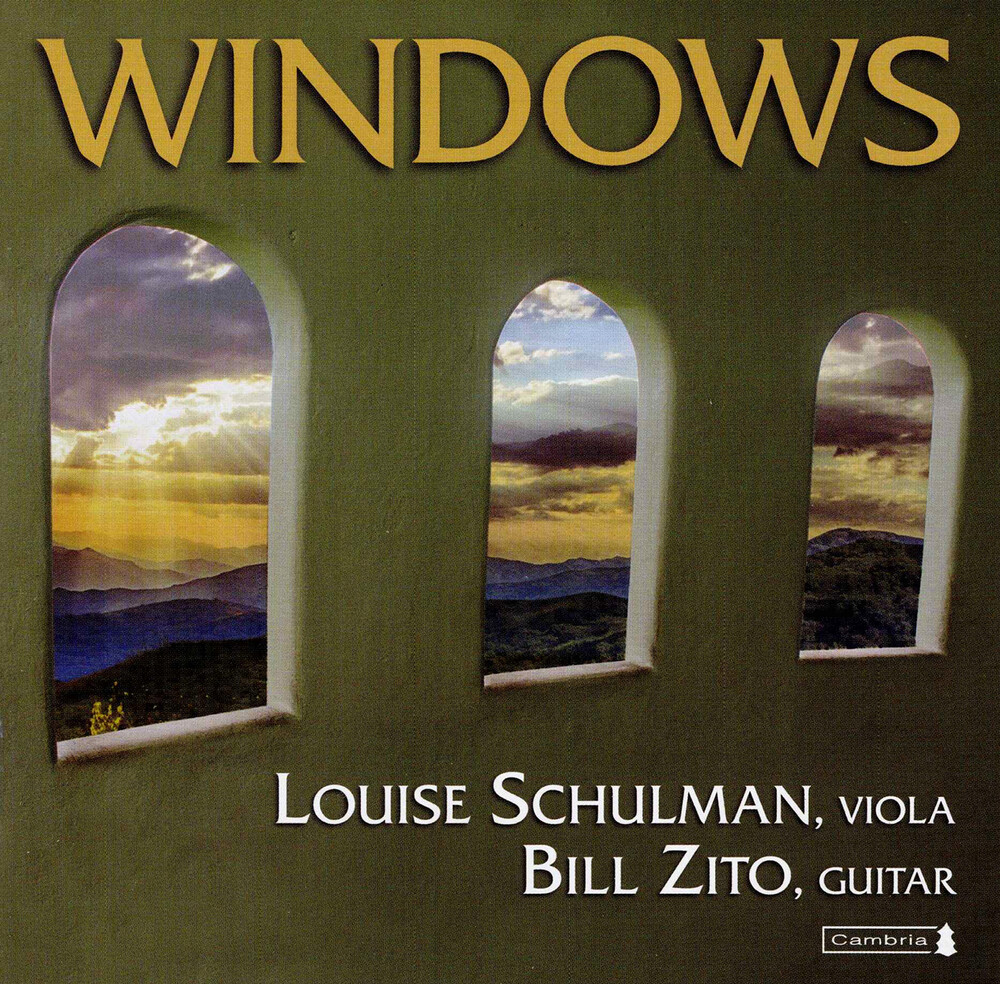 Cambria Master Recordings is excited to announce a new recording titled WINDOWS (Cambria 1264) featuring the artistry of Louise Schulman, viola and Bill Zito, guitar. The two instruments; while great on their own; are also known to reflect and enhance the qualities of one another. Featured composer's include Beethoven, Ibert, Ravel, Castelnuovo-Tedesco, Arnold Rosner, Astor Piazzolla, Johann Christian Gottlieb Scheidler, Richard Brooks and Peter Schickele whose work titled "Windows" for Viola and Guitar is also the title of the recording. The name, "Windows," appealed to Schulman and Zito for many reasons: The image of the word is reflective of the inspiration they feel between each other as artists and the works they have chosen to record are windows into the souls of the composers. Additionally, they have a special relationship with two composers who have written new works for this recording (Richard Brooks and Arnold Rosner) and who have shared many ideas and reflections about music and life. The duo's repertoire for this project ranges from classical to present day and provides a window looking into the history of music for this magical combination of instruments.
back to top