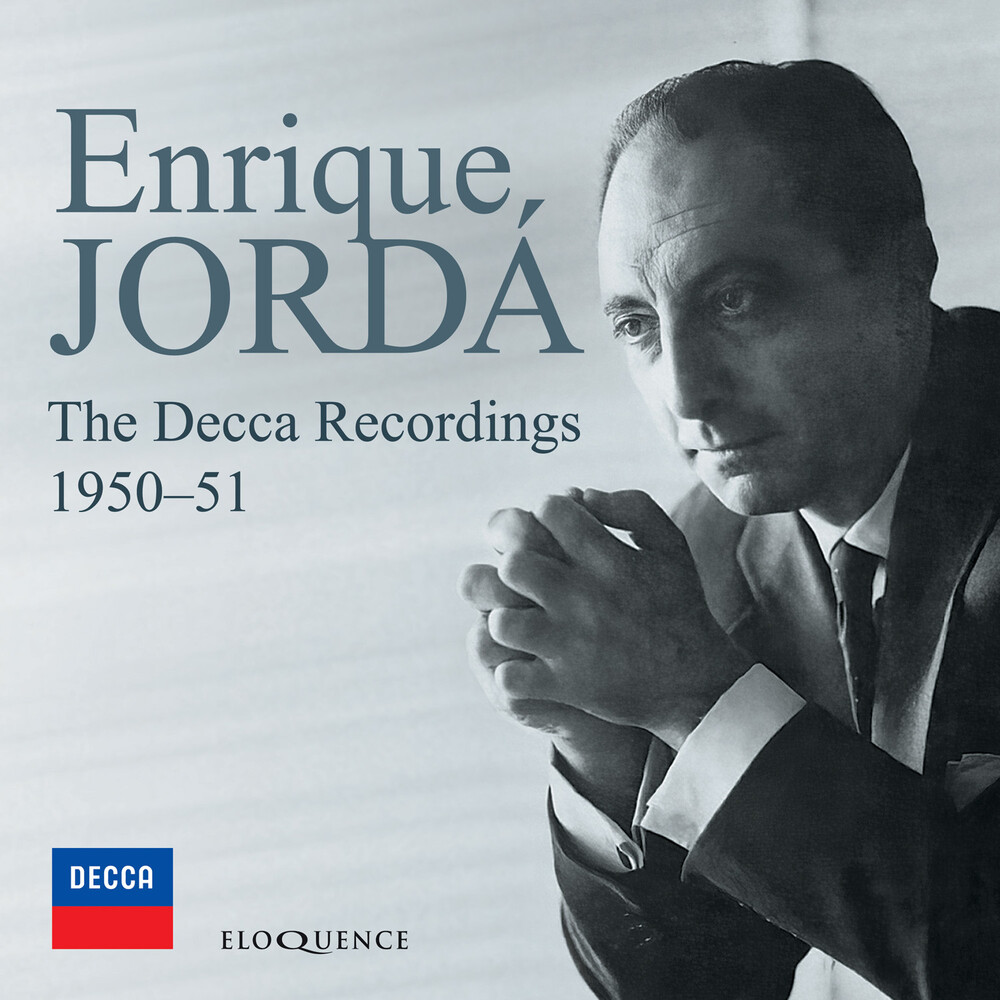 A new collection of Decca's legendary 'ffrr' recordings from the early 1950s, made by an underrated Spanish master of orchestral colour in London and Paris. Includes several items new to CD. Enrique JordĂˇ described conducting as a 'hair-raising' business, and his career never recovered from a very public dressing-down by George Szell while music director of the San Francisco Symphony in the early 1960s. However, he was a true podium artist, lithe and mobile in action, who could draw upon a remarkably broad palette of orchestral colours. Decca's 'full frequency range recording' technology was the perfect vehicle for conveying them to the ears of listeners at home. Though he made his best recordings for Decca, there were only two complete LPs, both of them reissued here, of DvorĂˇk's 'New World' Symphony (July 1951) and bonnes bouches by JordĂˇ's compatriots AlbĂ©niz, Falla, Granados and Turina (February 1950). The DvorĂˇk was made in London with the New Symphony Orchestra at the same time as JordĂˇ's second recording of Falla's Nights in the Gardens of Spain with Clifford Curzon the soloist: an account which has often been praised for it's subtle shifts of mood. The Spanish pieces were recorded in Paris with the Conservatoire orchestra, alongside pieces that showed how unfairly limiting was JordĂˇ's reputation as a Spanish specialist. There are virtuoso but accurate and unflashy accounts of The Sorcerer's Apprentice alongside showpieces by Glinka and Chabrier, initially issued together on a 10-inch LP, never previously released complete on CD. Also from the Paris sessions, JordĂˇ secures edge-of-seat playing and potent atmosphere in Tchaikovsky's dark fantasia after Dante, Francesca da Rimini.