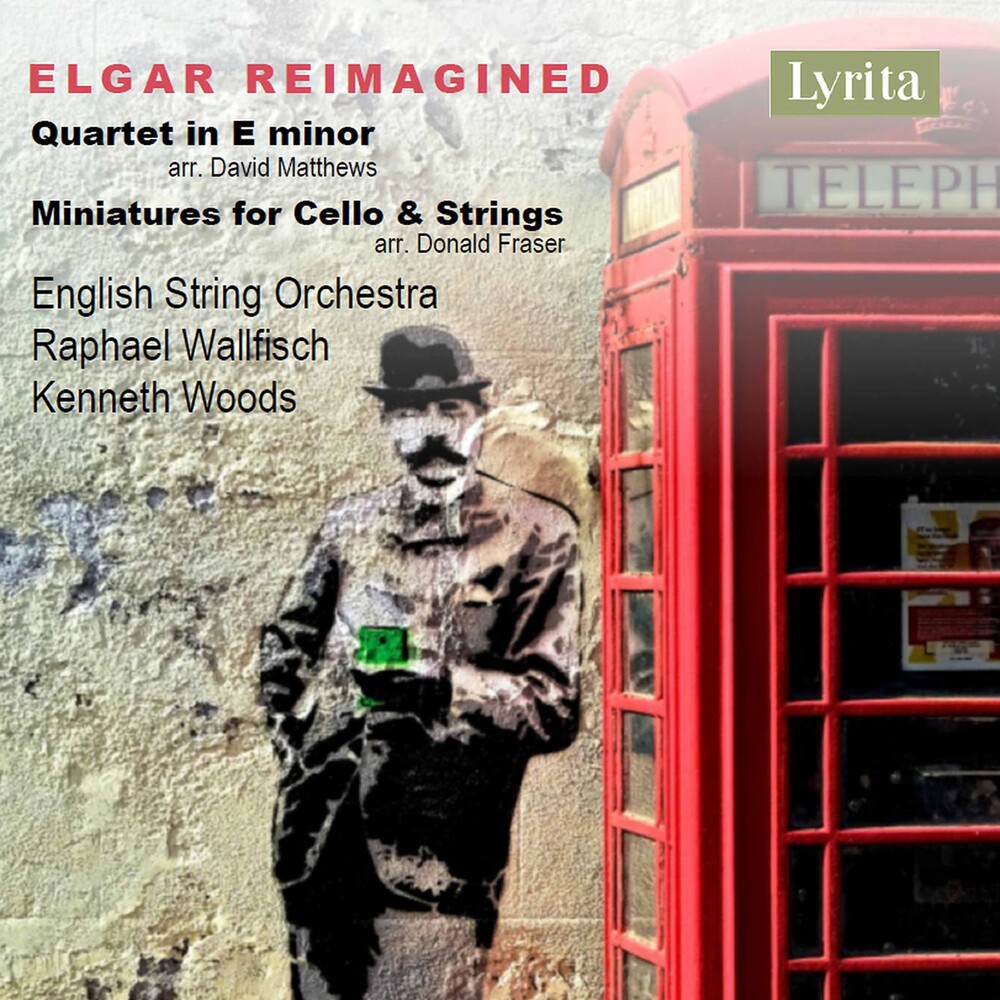 "Although Elgar was a highly accomplished violinist, he wrote no mature string chamber music until, at the end of his creative life, he produced three major works: a violin sonata, a piano quintet and a string quartet. Both outer movements of the quartet are full of mercurial changes of mood; both end at the last minute in the major, the finale with an exhilarating display of renewed energy. In between comes an intermezzo marked 'Piacevole', 'peacefully' - a pastoral C major interlude between the two stormy outer movements. Alice Elgar was particularly fond of this movement, and it was played at her funeral in 1920. In 2002, I arranged the slow movement for string orchestra and George Vass conducted it that year at the Deal Festival. The remainder of the Quartet was orchestrated in 2010. The substantial part of the arrangement is the addition of a double bass part, but I have also thickened the upper parts in a number of places. At two points in the first movement and at the end of the Andante I have preserved the original writing for solo strings. The arrangement was commissioned by the John S. Cohen Foundation." (David Matthews) "In 2019 English Symphony Orchestra were asked to give the official 100th Anniversary performance of the Elgar Cello Concerto. It was at that concert that Wallfisch met composer Donald Fraser, whose choral arrangement of Elgar's Sea Pictures was being featured on the same concert. Wallfisch suggested that perhaps Fraser arranged and orchestrate a few of Elgar's shorter works for cello and strings, and over the following year the project expanded in scope to finally comprise the eleven-movement suite heard here." (Kenneth Woods)
back to top