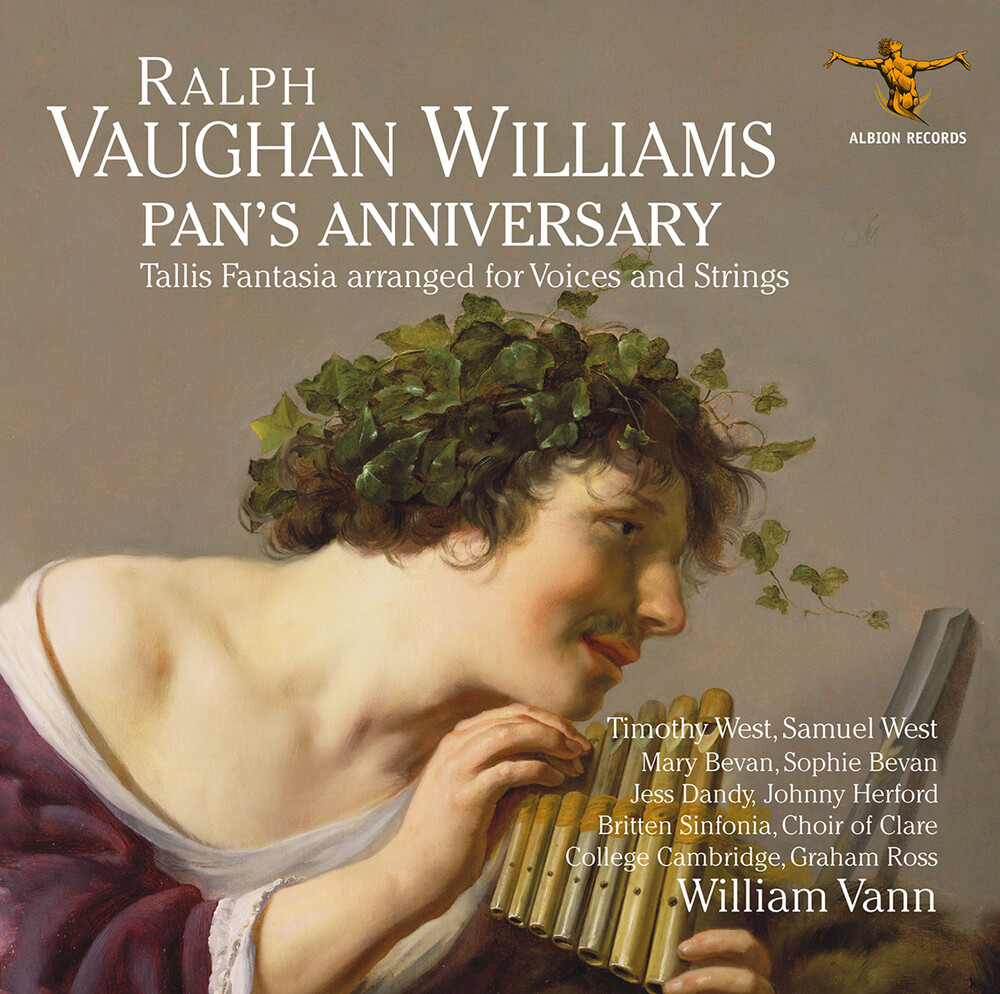 In 2022, we celebrate Vaughan Williams's 150th birthday, and the pinnacle of Albion Record's contribution to this important milestone is this Pan's Anniversary album, which contains five world premiere recordings. First, Ben Jonson's masque Pan's Anniversary, as adapted for the Shakespeare Birthday Celebration at Stratford-upon-Avon, with incidental music by Ralph Vaughan Williams. At the heart of the music are four great Hymns to Pan for three female soloists, chorus and orchestra. Time was short, so Vaughan Williams delegated some of the dance arrangements to his friend Gustav Holst. The work was performed just once, on Easter Monday 1905 and was reconstructed for this recording. There are two spoken parts, played here by Timothy West and Samuel West. The soloists Mary Bevan, Sophie Bevan and Jess Dandy are joined by the Choir of Clare College, Cambridge, and Britten Sinfonia under the baton of William Vann. Thomas Gould, the leader of Britten Sinfonia, plays some dances arranged for solo violin, and violin with side-drum. In addition to this major work, we have three shorter premieres. Peace, Come Away and To Sleep! To Sleep! Are two settings of poems by Tennyson that Vaughan Williams wrote when he was a student. They have been orchestrated and edited by the composer Christopher Gordon. Finally, Timothy Burke made an arrangement of the Fantasia on a Theme by Thomas Tallis for voices and string octet as an innovative lockdown project. This is the first full recording with the choir (of 39) and octet under one roof. The words set in the Fantasia were taken from the English translation of Psalm 65 from Archbishop Parker's Psalter, the source for Tallis's original setting. This project has been generously supported by The Vaughan Williams Charitable Trust and by many members of The Ralph Vaughan Williams Society.
back to top