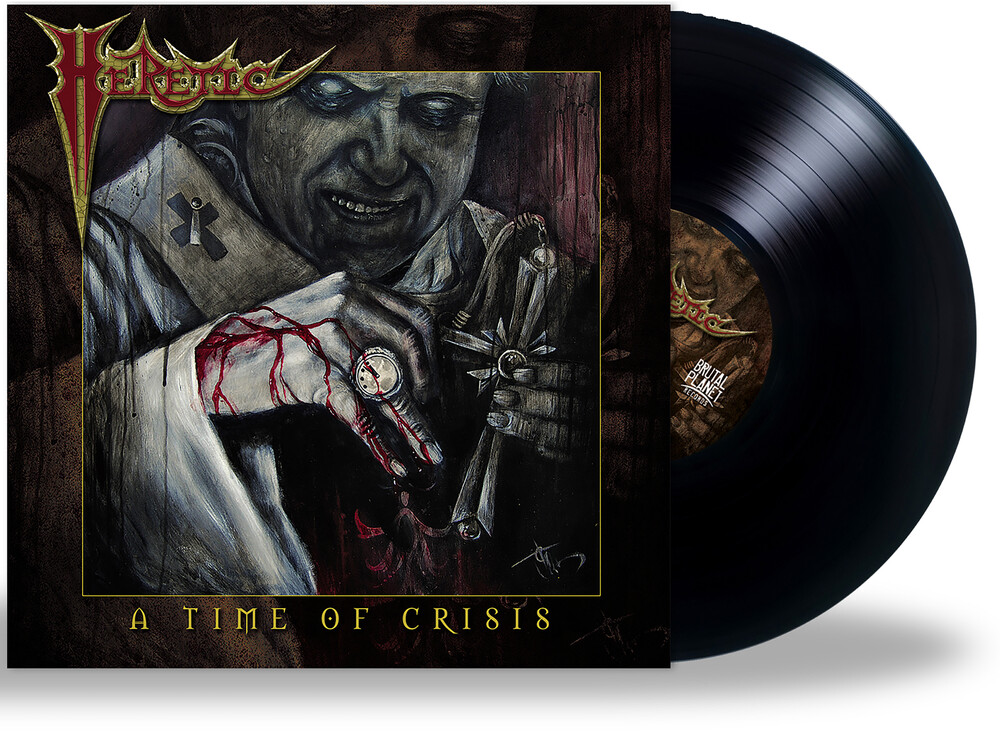 In 1986 and 1988, Heretic release two iconic and collectible power thrash metal albums on the young Metal Blade Records. Members would go on to play substantial roles in both Reverend and Metal Church. In 2012 the band reformed and signed with a German label would released A TIME OF CRISIS on CD and it quickly went out of print, fetching ridiculous prices if you were lucky enough to even find a copy. Brutal Planet Records is fixing a grave injustice... reissuing this tremendous powerful, thrash metal album on both CD and Vinyl. The album features legendary axeman, Glenn Rogers shredding and thrashing as if his life depended on it. Glenn was in both early incarnation of Deliverance and Vengeance contributing and writing many of their most legendary tracks. Glenn now plays in Primal and Deliverance as his current gigs. Angelo played in both Hirax and Reverend, and Brian also played in Reverend. This historic release is once again available on CD, and for the very first time, Vinyl (featuring a full color, two-sided lyrics & picture sleeve). The riffs, the crunch, the full-steam ahead thrash metal is everything thrash fans could want. For fans of Vengeance, Deliverance, Metal Church, Reverend, Meliah Rage, and Anthrax.
back to top