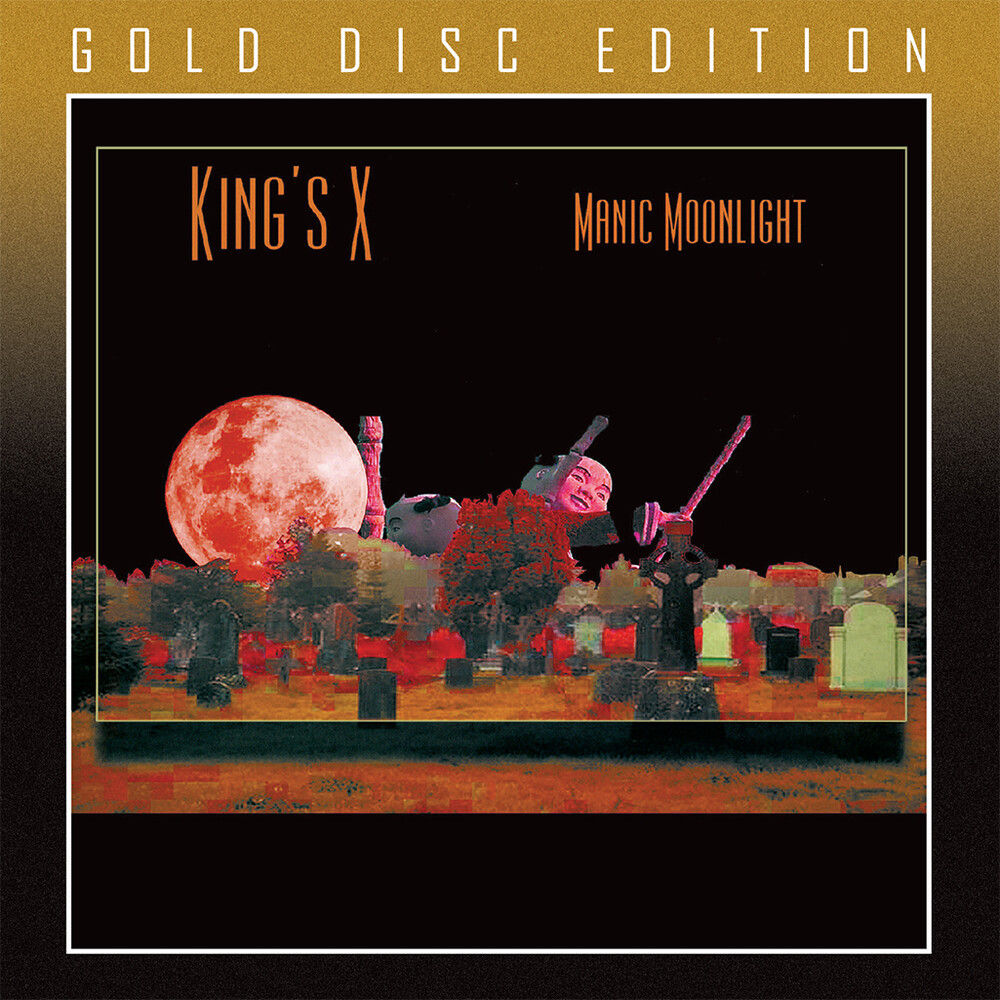 The 2001 third album in a trilogy of self-produced albums on Metal Blade Records - the band was tired of chasing the big-time and decided they would not bring in demos, but instead write the album from start to finish AS A BAND. Manic Moonlight is the result! King's X has never wanted to be a typical band, and this holds true for their ninth album. The arrangements on Manic Moonlight are progressive and jazzy with clever hooks that might require a few listens to sink in-but after that they become irresistible. There's also more of a funk influence here, with album opener "Believe" (about Doug's struggle for self-acceptance) setting the tone with a fine groove with the song being another track of super-tight riffs stopping and starting in perfect time, over and over again. "Skeptical Winds" explores the style more deeply with touches of R&B and soul, and the heavy bass line coupled with hard-rock crunch on "Vegetable" is classic King's X. The Gold Disc also includes the Japan-only long version bonus track of "Vegetable" in addition to the Japan-only long version bonus track of "Believe." "Static" experiments with dark ambient rhythms and odd samples, becoming a wall of metallic noise and screaming guitars. The wonderful lush harmonies that have been a King's X trademark are present on the melodic "Jenna" and the dreamy, uplifting "False Alarm," which stand strong next to the album's harder moments such as "Yeah" and title track. It's another fine album from this very talented and underrated band. Now the album get's the deluxe Gold Disc treatment with an expanded booklet with lyrics and additional band pics. And, every CD comes with an exclusive King's X foil-stamped collector's card!
back to top