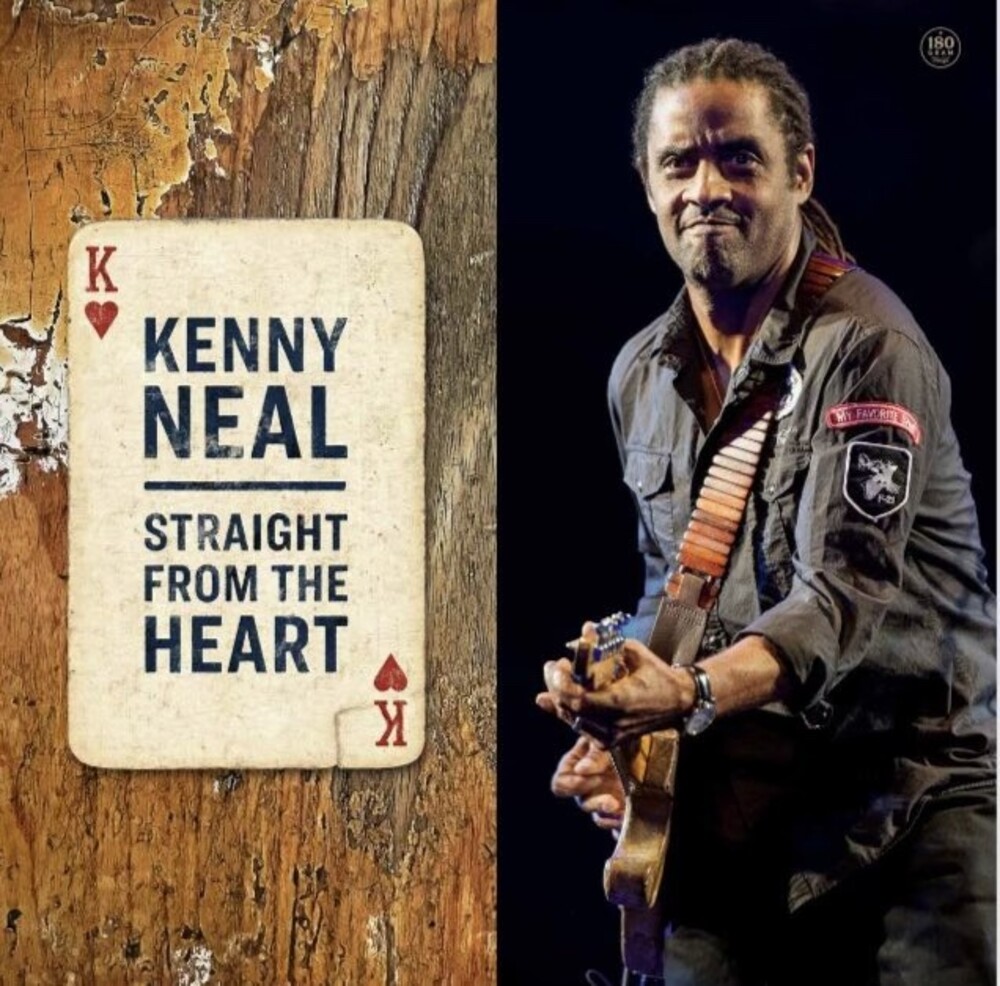 Vinyl LP pressing. 2022 release. Down in Louisiana, they do things differently. The Southern states musical giants have always had their own distinct recipe for American roots: spiced with jazz, steeped in swamp-blues and cooked up a little differently by every artist who performs it. As a second-generation child of the Bayou State, Kenny Neal has taken his own inimitable guitar, gale-force harp and roadworn voice all over the globe. But in 2022, the Grammy-nominated blues masters latest album, Straight From The Heart, finds him drawn by the siren call of his hometown and musical ground zero, Baton Rouge. Neal both led and produced a crack team of local musicians at his own Brookstown Recording Studios. All the tributaries of the blues converge here, flowing into one rich tradition. Lining up in the studio alongside his Baton Rouge compadrĂ©s, the respect that Neal commands on the scene also drew some special guests, including hot-tip blues sensation Christone Kingfish Ingram, pop royalty Tito Jackson, and two songs with Rockin Dopsie Junior & The Zydeco Twisters. You'll even hear Neals supremely talented daughter Syreeta drive the vocal outro of Two Timing.
back to top