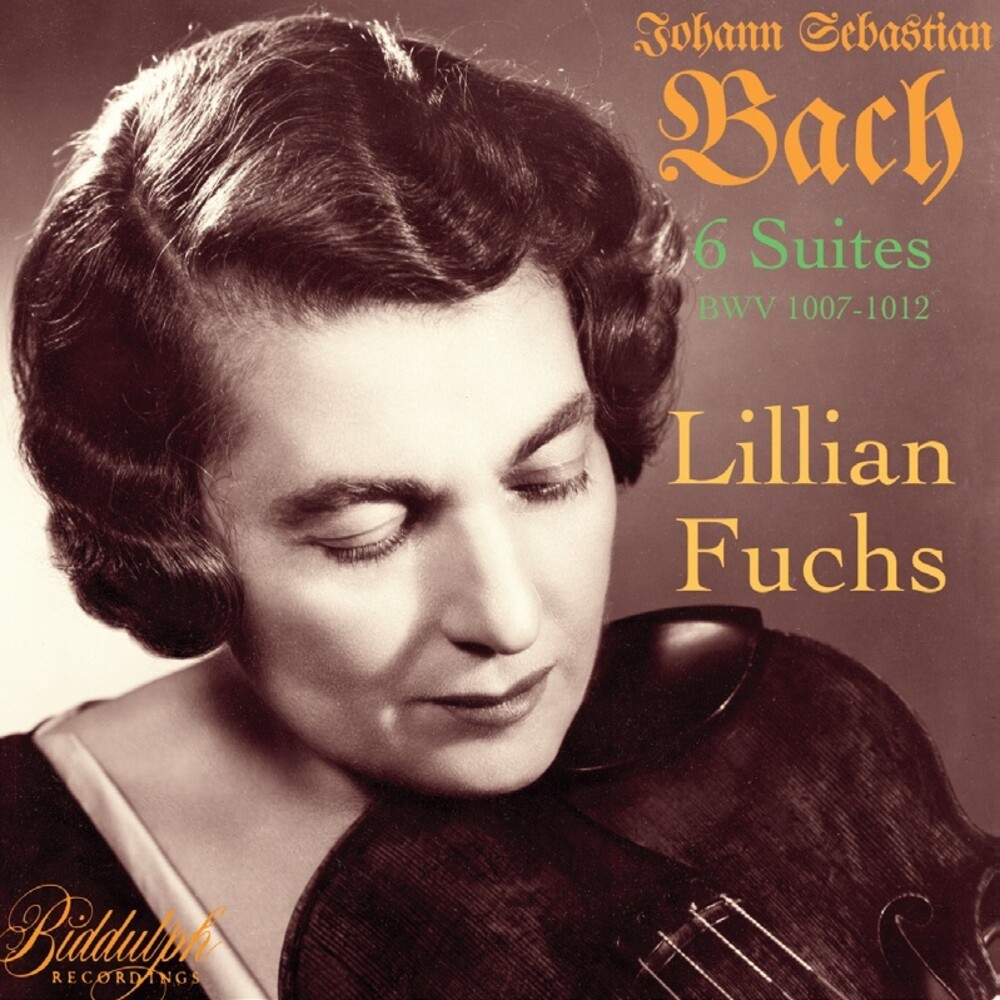 The six cello suites of J. S. Bach performed on the solo viola by the American violist Lillian Fuchs (1901-95). Also featuring the Mozart Duo for violin and viola in B-flat, K.424, and the Three Madrigals for violin and viola by the 20th-century Czech composer Bohuslav Martinu with Lillian's brother, the American violinist Joseph Fuchs (1899-1997). Originally released on America Decca LPs in 1950-54. These recordings have been digitally re-mastered from the original source material. The recordings of the Mozart and Martinu works appear on CD for the first time. The Martinu works were written for Lillian and Joseph Fuchs. Lillian Fuchs, one of the mighty atoms of the viola, was proudest of her pioneering recordings of the Bach Suites. Bach himself played the viola, and it has been suggested by some scholars that he may have originally worked out the Suites on the viola rather than the cello for which they were written. Lillian Fuch's sinewy, athletic yet always sensitive interpretations certainly make it sound possible. These recordings have become legendary and unsurpassed. Tiny in stature she may have been, but Lillian Fuchs was a giant of the viola.
back to top