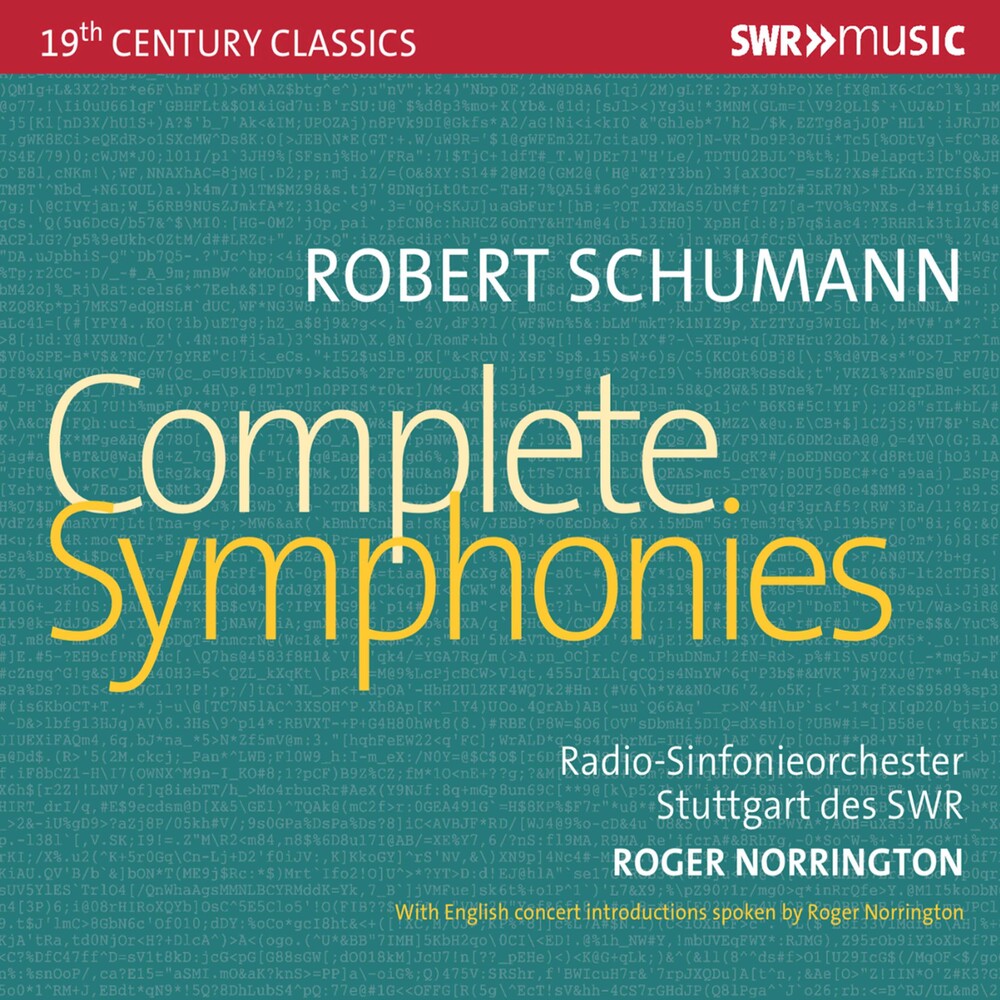 Among the works of Robert Schumann, the four symphonies represent the highs and lows of the composer's life unlike any others. They were composed between 1840 (shortly after his marriage to Clara Schumann) and 1853 (at which point his mental health problems were becoming clearly apparent). They were, at least, where the first symphony is concerned, a leap into the unknown for the young composer who until then had focused on piano and Lied repertoire. In the coming years, Schumann's life was a series of short, carefree episodes that alternated with considerably longer period marked by pressing worries - recognition often gave way to criticism and rejection. These were the composer's personal circumstances when writing the four symphonies. The approach of Roger Norrington, whose artistic credo is the faithful rendition of a composer's intentions, becomes all the more important when considering Schumann's background as well as the epoch in which he lived and worked. During Norrington's thirteen years as chief conductor of the former Stuttgart Radio Symphony Orchestra (which merged with it's sister orchestra from Baden-Baden to form the SWR Symphonieorchester in 2016), he adhered to historically informed performance practice, applying the characteristics of period style to the modern symphony orchestra.
back to top