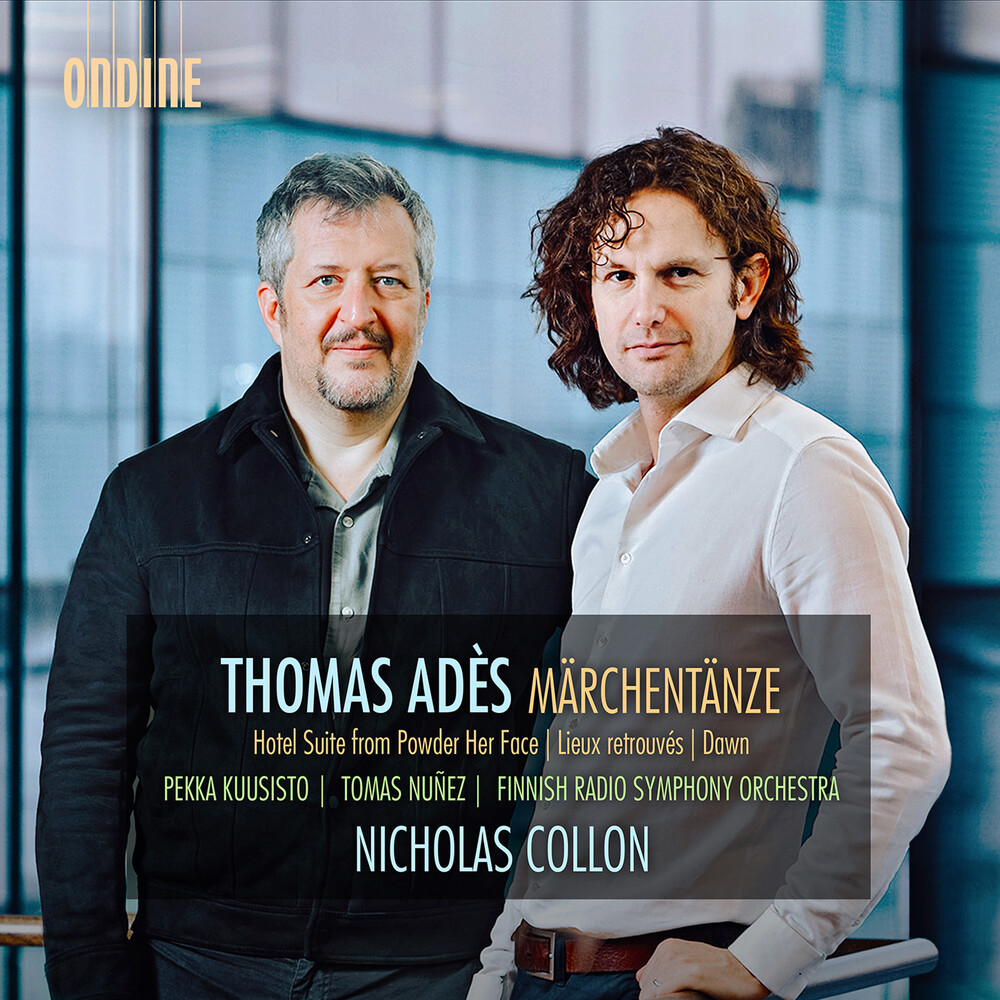 In the Autumn of 2021, the Finnish Radio Symphony Orchestra together with it's new chief conductor, Nicholas Collon, arranged a Thomas AdĂ¨s festival in Helsinki devoted to the world famous composer's music in addition to works by other composers chosen and conducted by Thomas AdĂ¨s (b. 1971). One of the highlights of the festival's program was the world premiĂ¨re of MĂ¤rchentĂ¤nze in it's version for violin and orchestra performed by violinist Pekka Kuusisto, AdĂ¨s' long-time artistic partner. This new album by the Finnish Radio Symphony Orchestra includes four recent and exciting orchestral works written by the composer between 2016 and 2021 in world premiĂ¨re recordings. In addition to the MĂ¤rchentĂ¤nze, this album includes AdĂ¨s' orchestral Hotel Suite from Powder Her Face, an adaptation based on the music from the opera through which AdĂ¨s first made a widespread name for himself in the mid-1990s. The orchestral version of Lieux retrouvĂ©s, originally written for Steven Isserlis, could be described as a cello concerto in the spirit of Marcel Proust. Orchestral work Dawn was written for the 2020 London Proms for 'orchestra at any distance', due to the coronavirus pandemic. AdĂ¨s' Dawn comes across as timeless music floating in a serene universe of beauty all it's own.
back to top