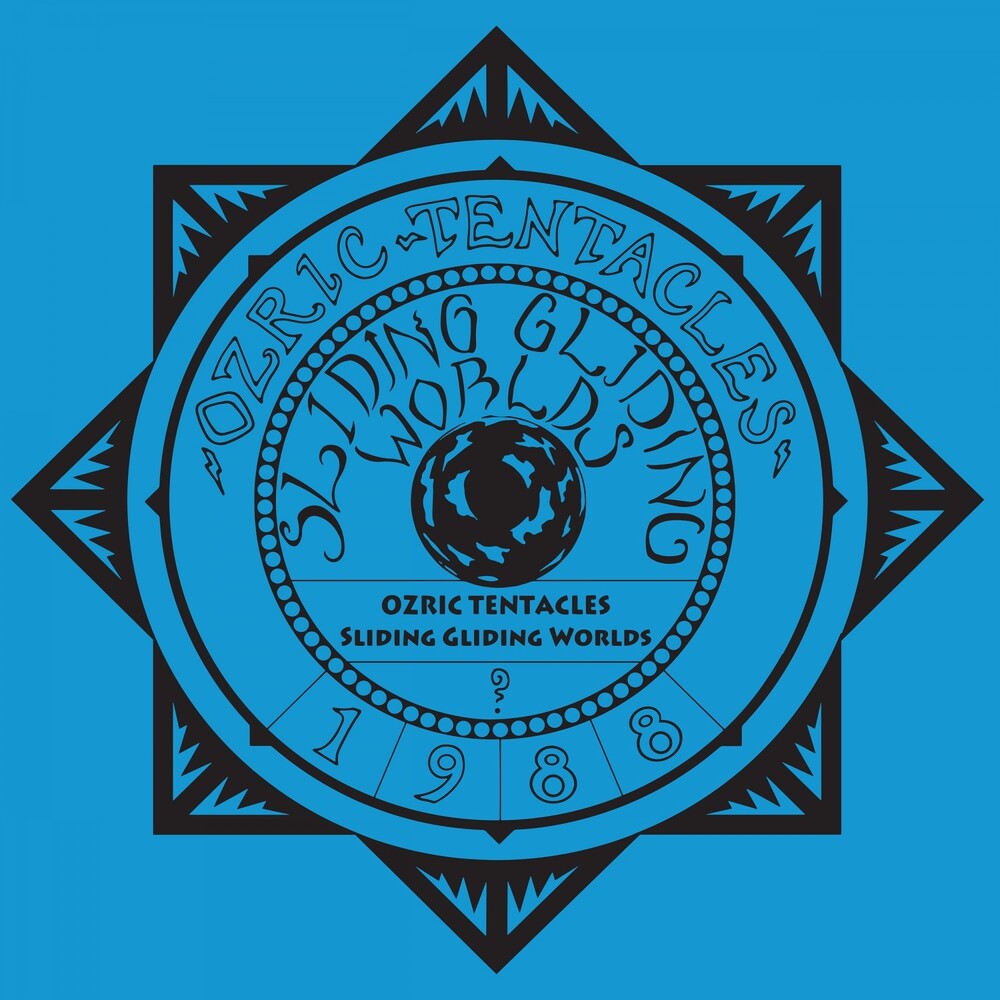 One of the most influential bands to emerge from the UK's festival scene, Ozric Tentacles formed during the solstice at Stonehenge Free Festival 1983 going on to become psychedelic staples at Glastonbury and other festivals. The creative vision of multi-instrumentalist Ed Wynne, the Ozrics' uniquely trippy soundscapes connect fans of progressive rock, psychedelia and dance music culture. A raggle-taggle, unpretentious assortment of punk-infused, dreadlocked hippies, the Ozric Tentacles wove psychedelic audio-tapestries that captured the almost dangerous musical diversity of the free festival scene, blending acid rock with dub, reggae, ethnic world music and electronic, jazzy experimentation. This was the soundtrack to the herb-fragranced, alternative lifestyle that wound it's way around country lanes looking for a place to set up and party, away from the psychoses of corporate life. Sliding Gliding Worlds is regarded amongst many Ozrics fans as the bands' best cassette-era release. On this record, Ozric Tentacles developed it's sound away from Gong and Steve Hillage influenced Space Rock towards a complex, melodic blend of experimental Space Jazz and 'world music'. Standout tracks include the powerful 'Kick Muck' (later rerecorded for Pungent Effulgent), the Afro-Beat flavoured 'White Rhino Tea' (a new version appeared on Strangeitude in 1991), and Guzzard (which recalls the band's earlier work with it's dense mix of stabbing guitar solos and synth swirls). Sliding 'Gliding Worlds has been newly remastered by Ed Wynne and is presented in CD digipack via Kscope.
back to top