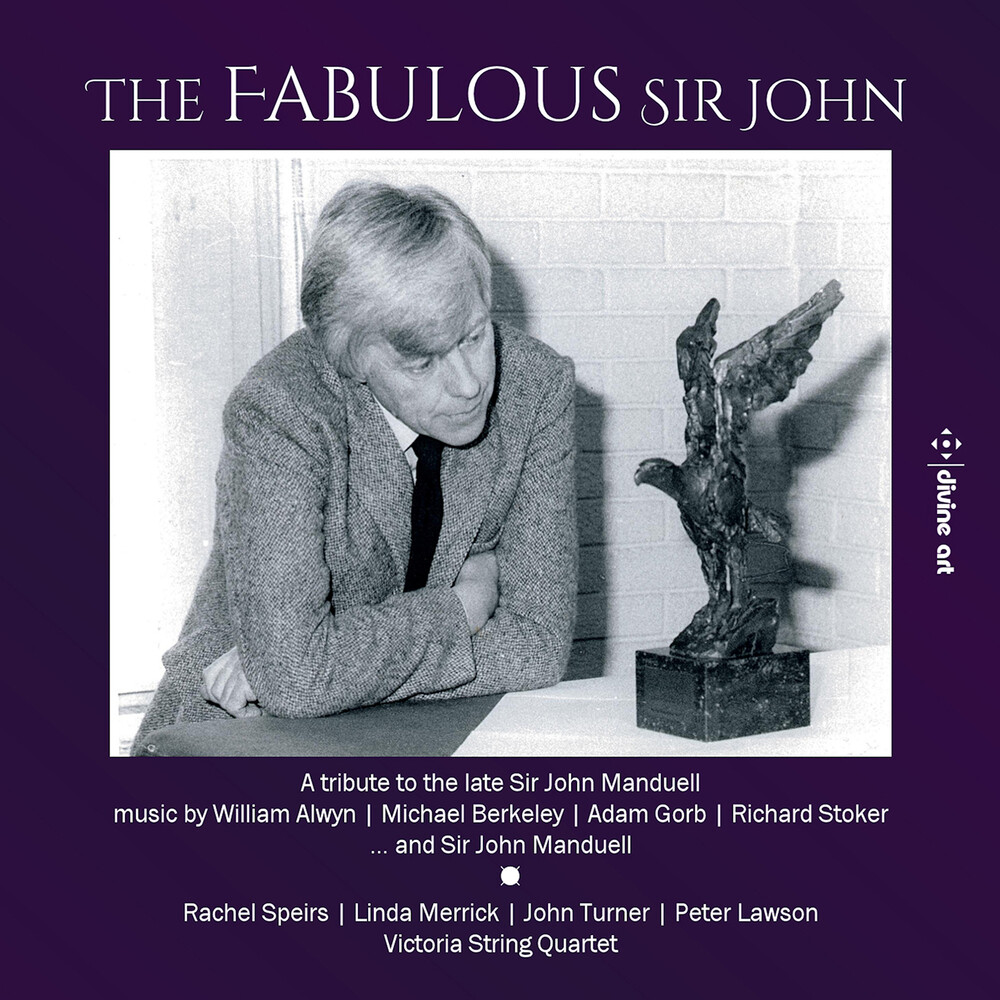 Sir John Manduell (1928-2017) was a pivotal figure in British music - as composer, BBC producer, first principal of the Northern Royal College of Music and founder of the European Opera Centre. Beloved and revered by musicians, yet someone whose name is shamefully little known outside the music and broadcasting professions. This album is a sequel to 'Songs for Sir John' (DDA 25210) which in tribute to Sir John presented works by 16 composers from more than one generation. On this new album we present music by Sir John himself, and by William Alwyn, Michael Berkeley, Adam Gorb and Richard Stoker, all well crafted works which will give great enjoyment as well as perhaps inspiring musicians to add them to their repertoire. Even without the Manduell connection this is a wonderfully constructed program of new chamber and vocal music. The performers, like Sir John, are based in and around Manchester, England, which is a dynamic 'hotspot' for fine musical creativity.
back to top