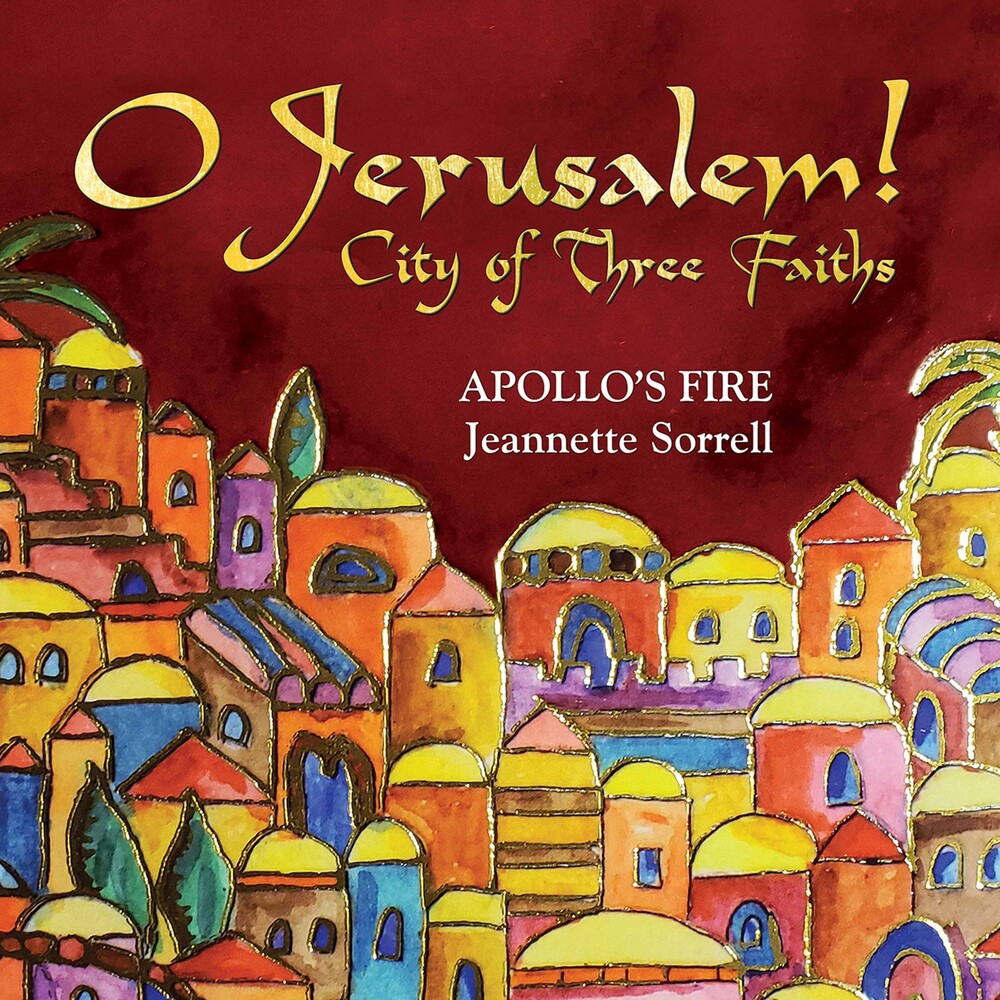 The crossroads of Christianity, Judaism and Islam create the backdrop to O! Jerusalem, a scintillating live recording by Apollo's Fire that interweaves the lives and music of the peoples who have inhabited the "City on a Hill" since Biblical times. Conceived and directed by Jeanette Sorrell, Grammy Award-winning founder of Apollo's Fire, O! Jerusalem conjures a tour of the Old City's four quarters - Christian, Jewish, Arab and Armenian - and the confluence of the communities' sacred and secular music from 1200 - 1650. This colorful and vibrant program - featuring musicians of Jewish, Muslim, and Christian backgrounds - premiered to packed audiences in New York City, Chicago, and the ensemble's home base of Cleveland where this recording was captured live. O! Jerusalem follows in the footsteps of Sephardic Journey (AV2361), one of ten Apollo's Fire releases to debut in Billboard's Classical Chart Top 10.
back to top